The wines produced at Fitapreta reflect the character of the Alentejo region, with the intention of preserving its culture and local grape varieties. To elevate the Alentejo terroir, Fitapreta faces new challenges and shows the world new paths and new blends. Fitapreta produces wines with the absolute sense of responsibility to love them, also hoping that their aesthetics will be shared in the wine and who knows, for life. 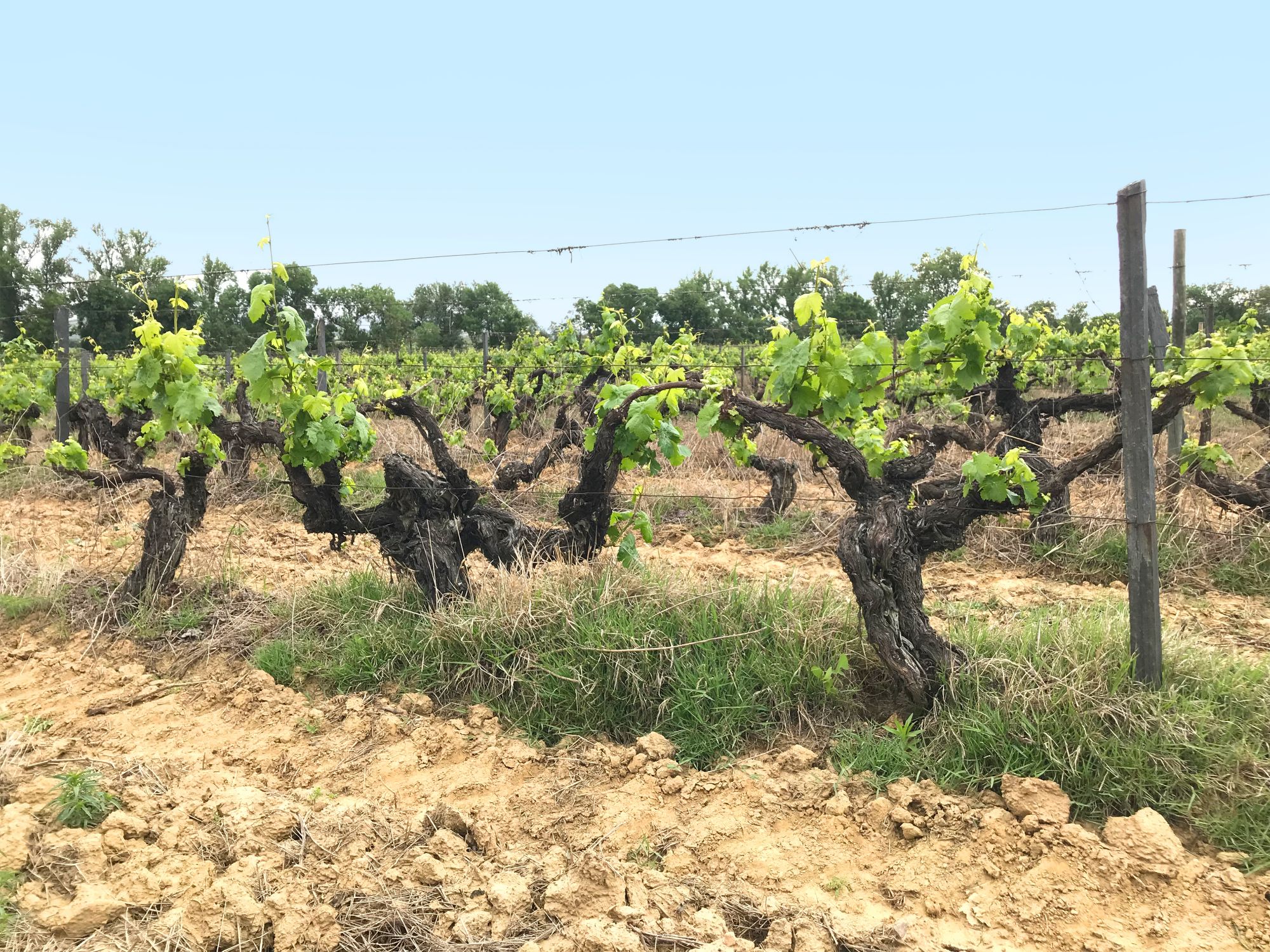 The Fitapreta project begins with António Maçanita's first wine, which would never have happened without the indispensable presence of another great name: David Booth. António and David met at a family dinner table. David was older, was a consultant for various wineries and had in his baggage a philanthropic background dedicated to the protection of wildlife in Kenya and to demining Mozambique. 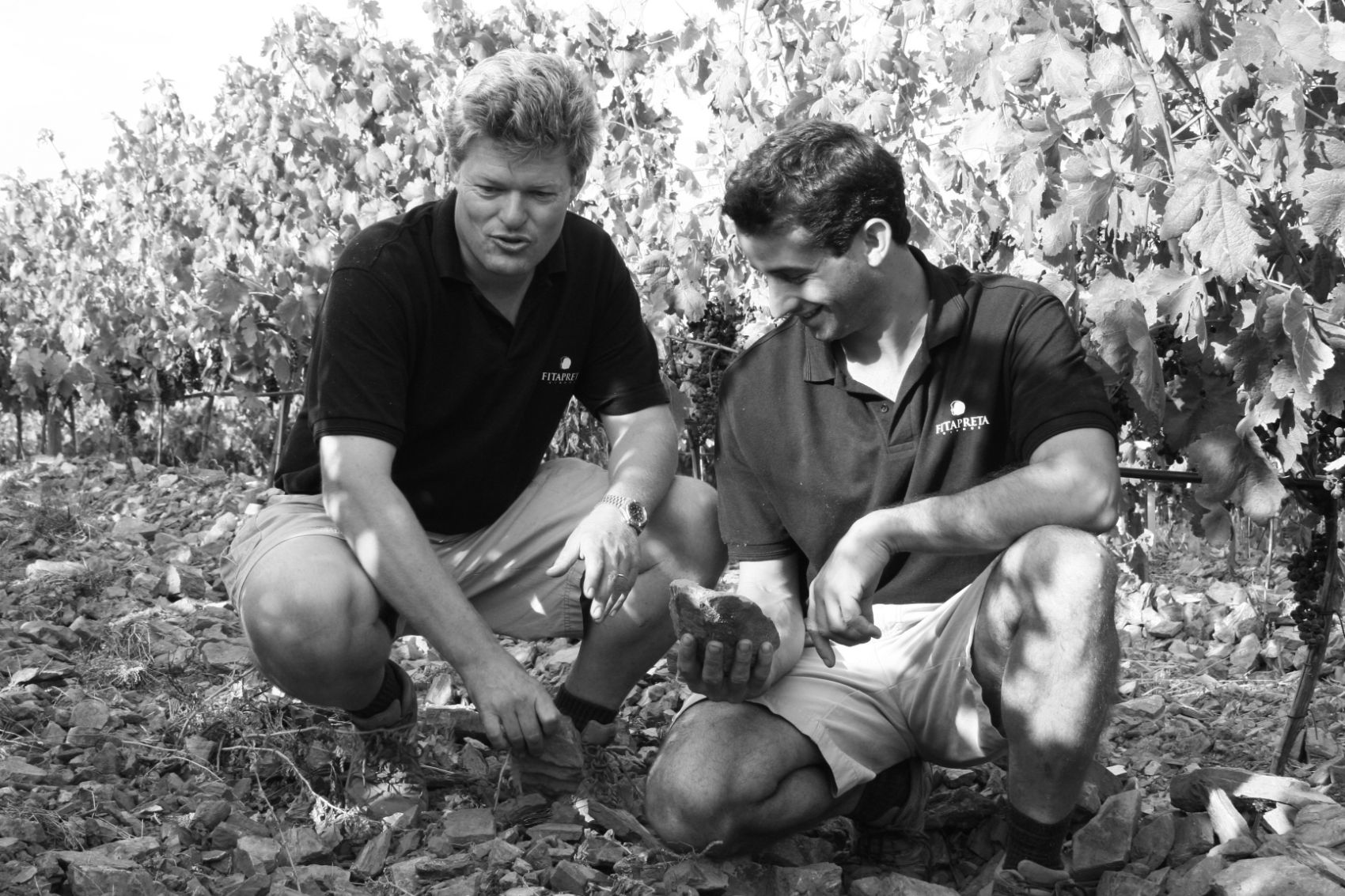 When they first met, António Maçanita, always defiant, made a provocative statement to David Booth which would culminate in a great friendship:

the problem of the industry is the consultants.

In the following months, António Maçanita followed David Booth on his consulting visits to various Quintas in order to learn more about vines, viticulture and producers. In 2004, António challenged David Booth to make a wine with him, and although the Englishman refused at first, he eventually agreed.

I felt it was time to put my knowledge into practice so we vinified at Herdade da Malhadinha Nova, the PRETA 2004, a wine that David and I made that ended up winning the Alentejo Trophy at the International Wine Challenge.

It was also in that year that through Fitapreta they made the first edition of Sexy Tinto, an Alentejo wine that conquered the national and international market, first for its bold image, then for its unquestionable quality.

For three years, in the Fitapreta project, they vinified their creations in other wineries, taking advantage of excess grapes from Alentejo. In 2007, they moved to Outeiro da Esquila, where they started by producing 70 tons and ended up, ten years later, with a production of 440 tons.

In this decade, very relevant wines from the portfolio of Fitapreta project were born: Fitapreta Branco 2007, Tinto Castelão 2010, Baga ao Sol 2013, but above all the Vinho de Talha, in 2010, of which they were pioneers - especially the Branco de Talha - prior to the legislation that currently exists. It was in 2008 that, for the first time in Portugal, a Branco de Tintas was born, a wine to protest the exception regime created by the CVRA to be able to buy 20% of white grapes outside the region.

The first harvest of Fitapreta project’s Branco de Tintas was listed as one the best wines of the year by Revista dos Vinhos (Wine Magazine).

In 2015 Fitapreta's project makes first contact with what would become its home, The Paço Morgado de Oliveira, a 14th century Medieval Palace in Nossa Senhora da Graça do Divor, Évora. The land for the new winery of the Fitapreta project was acquired in 2016 and a year later this new space was inaugurated with the 2017 vintage.

In 2015, the Fitapreta project made the first contact with what would become its home, the Paço Morgado de Oliveira, a medieval 14th century Paço in Nossa Senhora da Graça do Divor, in Évora. The land of the new winery of FitaPreta was acquired in 2016 and a year later, this new space was inaugurated with the 2017 harvest.

Continuing to explore the terroir and history of Alentejo, in 2017, António Maçanita found 20 hectares of a vineyard that was over 50 years old and in its vineyards he found: Tinta Carvalha, Alicante Branco, Moreto, Trincadeira das Pratas, among others. This discovery took Fitapreta's project on a deep journey about the Alentejo of old. In 2018, the collection "Chão dos Eremitas" is born, a tribute to the other Alentejo, where the monocastes produced speak for themselves of this Alentejo of yesteryear.