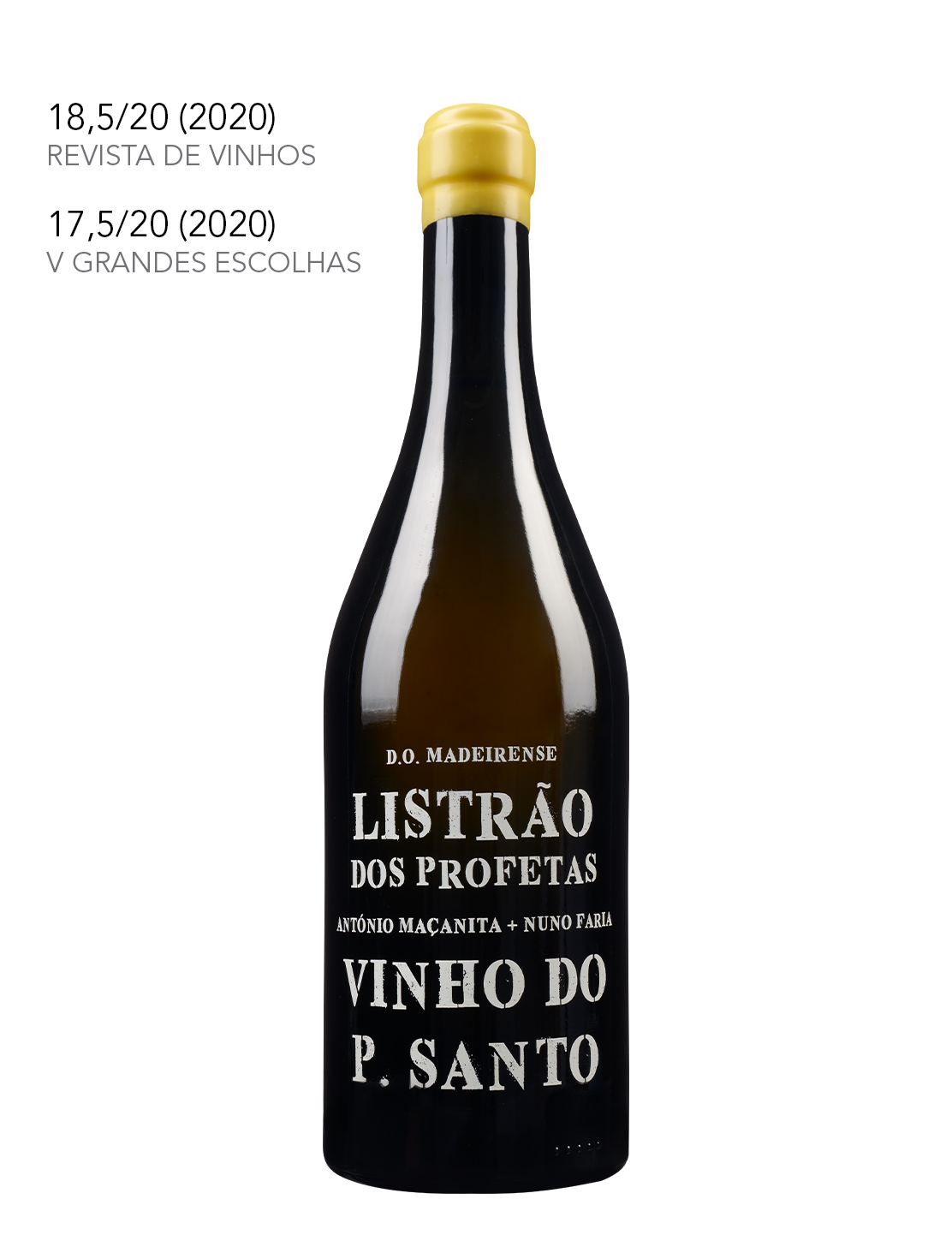 Porto Santo island emerged in the Atlantic Ocean 14 million year ago, being geologically one of the oldest islands of the Portuguese archipelagus. It’s also the first island to be discovered by the portuguese sailors, led by Zarco, in 1418. The ancients say that it was from here that the rippest grapes were harvested for the wine that made famous these islands. Today there are less than 14 hectars left, farmed by a group of resistants. In the neighbour island the people of Porto Santo are known as “Prophets”, an ancient nickname that has never made more sense when you see these old vineyards planted by the sea, close to the ground, protected from the ocean and the wind by rock walls (crochet walls) or by ingenious cane structures. This wine comes from a vineyard of grape Listrão planted more than 80 years ago, and it is our first attempt on exploring this unique terroir.

The grapes were harvested manually, on Saturday on the island of Porto Santo, chosen bucket by bucket and then loaded onto a cold truck for transport by boat to the island of Madeira (since it is not legal to make wine in Porto Santo). At 1:00 am, whole bunch pressed to decantation deposits inside a refrigerated container, with three pressing fractions being separated, without any use of SO2. The following day, the wines were transferred from the primary lees and placed to ferment in 228 L used French oak barrels.  Aged for 10 months. The wines were then blended and bottled in a second cellar.

An Atlantic wine with limestone soils, which asks for a pairing with sea products such as scallops, clams, shellfish, which in its preparation include warm flavors, such as semi-fat fish already with some intensity.