The history of António Maçanita and Azores wines is long and stems from his family connection, on the paternal side, as his father is from the island. After several projects to recover grape varieties in the Azores, António joined Paulo Machado and Filipe Rocha and in 2014 they created the Azores Wine Company, with the aim of producing wines full of identity, reclaiming the region's former prestige.

Its focus from the outset has been to enhance the profile of the vineyards and wine of the Azores.

It is impossible to talk about António Maçanita and Azores wines without mentioning his influence through the Azores Wine Company in the revolution in the region in increasing the value of Azores grapes, which are now the most expensive in Portugal. The cost of production in Pico is ten times that of mainland Portugal, similar to the most expensive grapes in Napa Valley, Burgundy and Champagne. It can be said that the increase in the global recognition of the region's wines is largely due to António Maçanita's dedication to Azores wines. The three partners still persist in legalising the use of hybrid vines, some of which are over 150 years old. 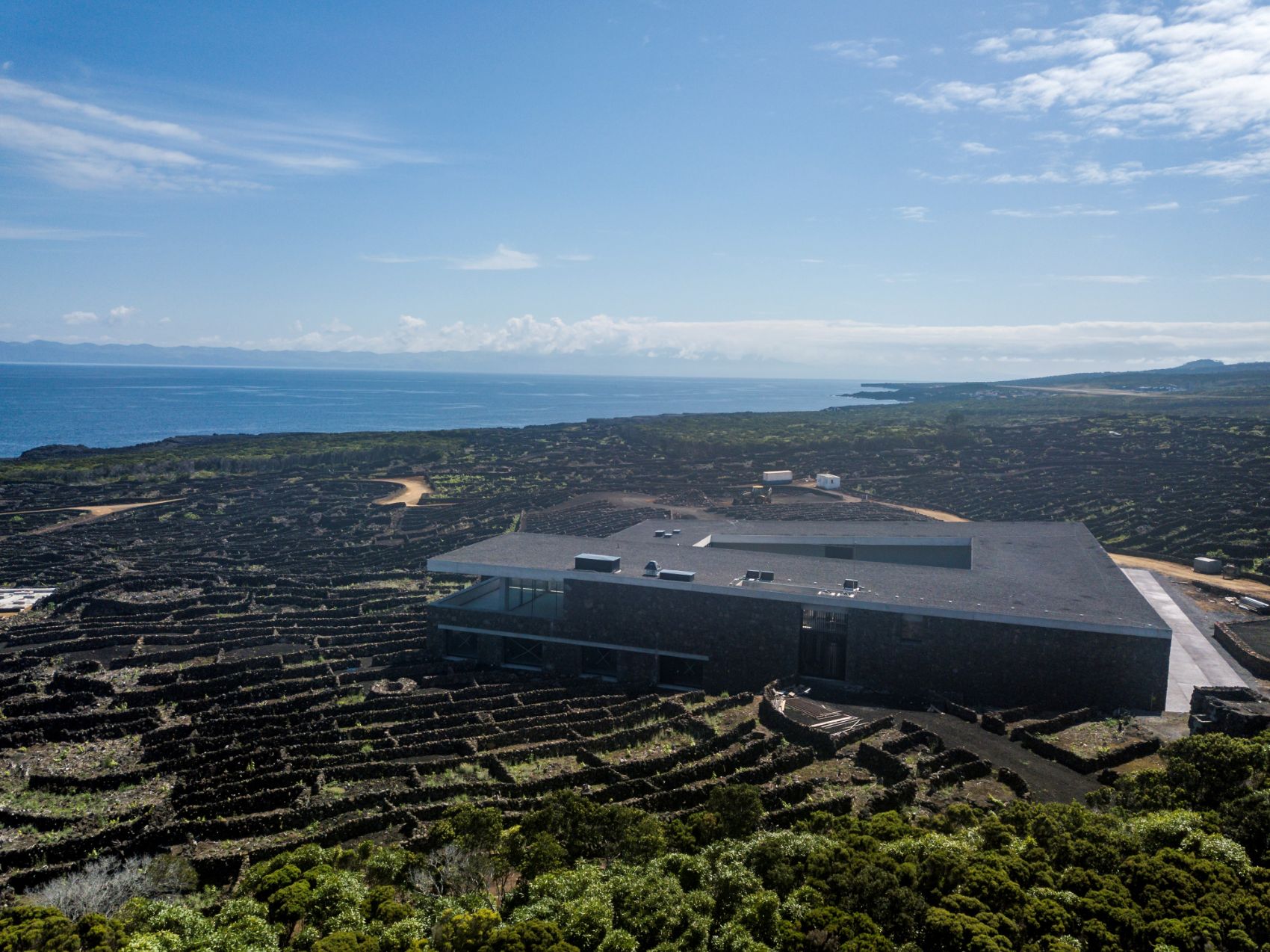 At the age of 20, António Maçanita began his first adventure with Azores wines. It was on the island of São Miguel that he tried to plant a vineyard on his uncle's land which ended up being completely destroyed by a storm.

António Maçanita returned to São Miguel in 2008 to teach at the Escola de Formação Turística e Hoteleira de Ponta Delgada, at the invitation of Filipe Rocha with the aim of bringing a new approach to wine to the students, namely Azores wines. This time devoted to teaching allowed António to calmly gravitate around the Azores.

This proximity allowed him to discover a field for experimenting with an indigenous grape variety that he didn't know about because it was practically extinct, the Terrantez do Pico. It was a variety with only 89 plants in the Pico region and no record of existing in contemporary Azores wines. According to Susana Mestre, the person then responsible for the field where the Agricultural Services of São Miguel were testing Terrantez do Pico, this "was a variety with which you can't make great wine, and that's why it almost disappeared".

The Azores wines were already lacking this grape variety and António found the challenge he was looking for. António Maçanita then offered to develop the Terrantez do Pico variety to Agricultural Services in exchange for being able to market 80% of production.

The first Terrantez do Pico from António Maçanita was made in 2010, in a winery with less than 50 m2, a few stainless steel vats, a wooden press, a deeply cleaned dirt filled machine and many improvisations.

António recounts that "One day I asked Filipe for 400 kilos of ice to cool the vats and he came back with almost a ton truckload of ice from the fisheries". The recovery of this grape variety was the push that began the revaluation of Azores wines. 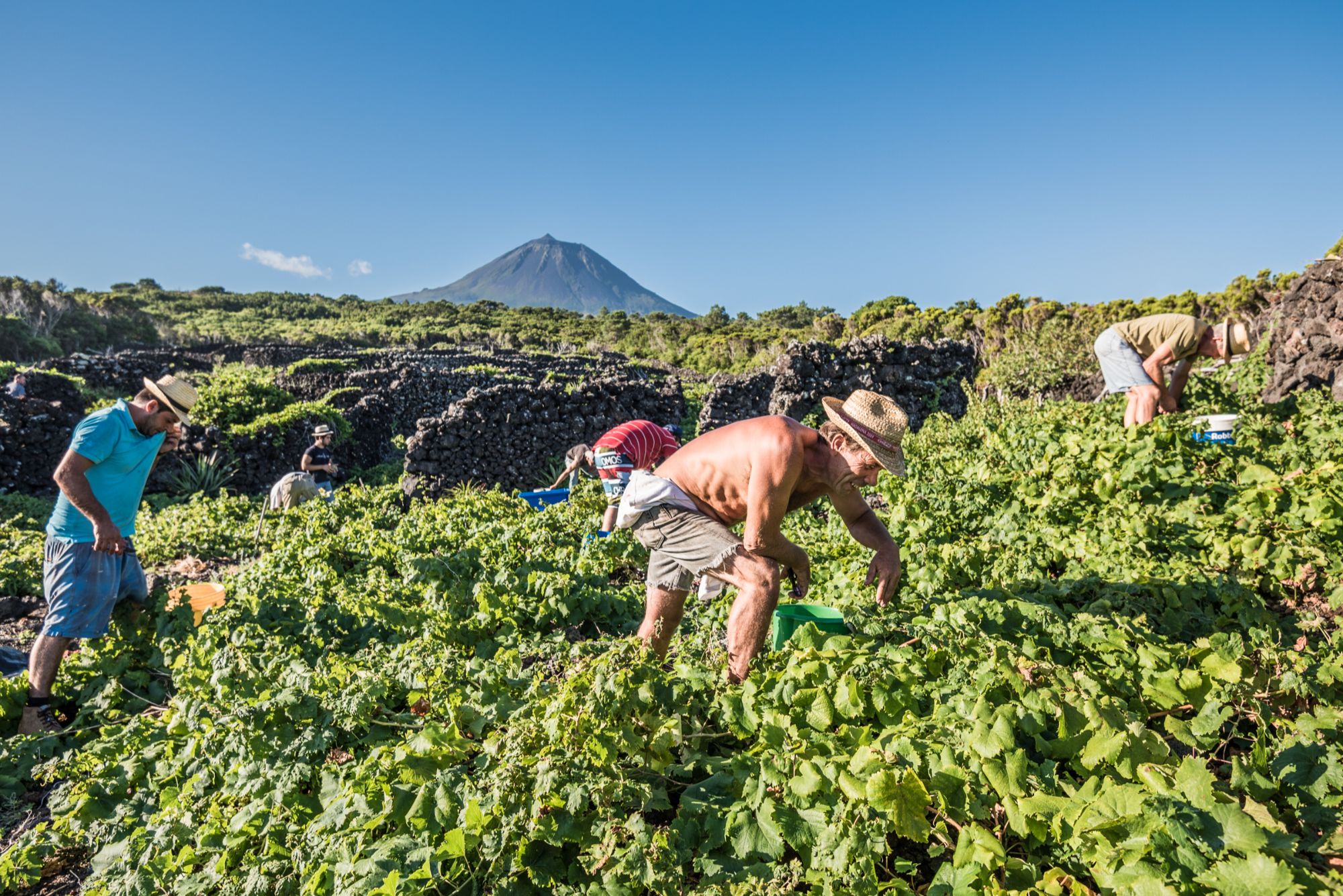 Between 2010 and 2013, António made Azores wines in Pico still under the umbrella of the Fita Preta company . On his way to the Azores, he met Paulo Machado, from Ínsula Vinus, then president of the CVR Açores. An invitation from the Adeliaçor association and the Hotel School for a Marketing workshop resulted in the preparation of a document - Strategy for the Repositioning of the Wines of the Azores - which included a historical component, a genetic breakdown which claimed Verdelho as the original grape variety, mother of the Azores Arinto and Pico Terrantez, and a package of free consulting hours for all the Azores wine producers on the island of Pico.

The only one to want to participate in this programme was Paulo Machado. So António called him to ask if he wanted to make a wine together. It is then in Paulo Machado's winery that they produce Azores wines with other grape varieties such as Arinto dos Açores and Verdelho o Original which slowly began to put the Azores on the map.

Recovering the Indingeous Varieties of Azores

In 2014, Filipe Rocha joins the duo and they create Azores Wine Company, starting negotiations to rent a 32-hectare plot of land on Pico. They subsequently acquired around 50 hectares of vineyards and undertake another vineyard recovery project in the Azores with around 40 hectares. In total, in 4 years, the company has recovered 125 hectares of vineyards in the Azores, on the island of Pico.

With the different skills of the three partners, the Azores Wine Company has completely changed the wine scene in Pico, today the Azores wines are much more valued, and there has been a recovery of vineyards in the Azores. As an example, in 2004 Pico's vineyards were considered a UNESCO World Heritage Site and until the arrival of the Azores Wine Company in 2014, approximately 250 hectares of wine were recovered on the island. 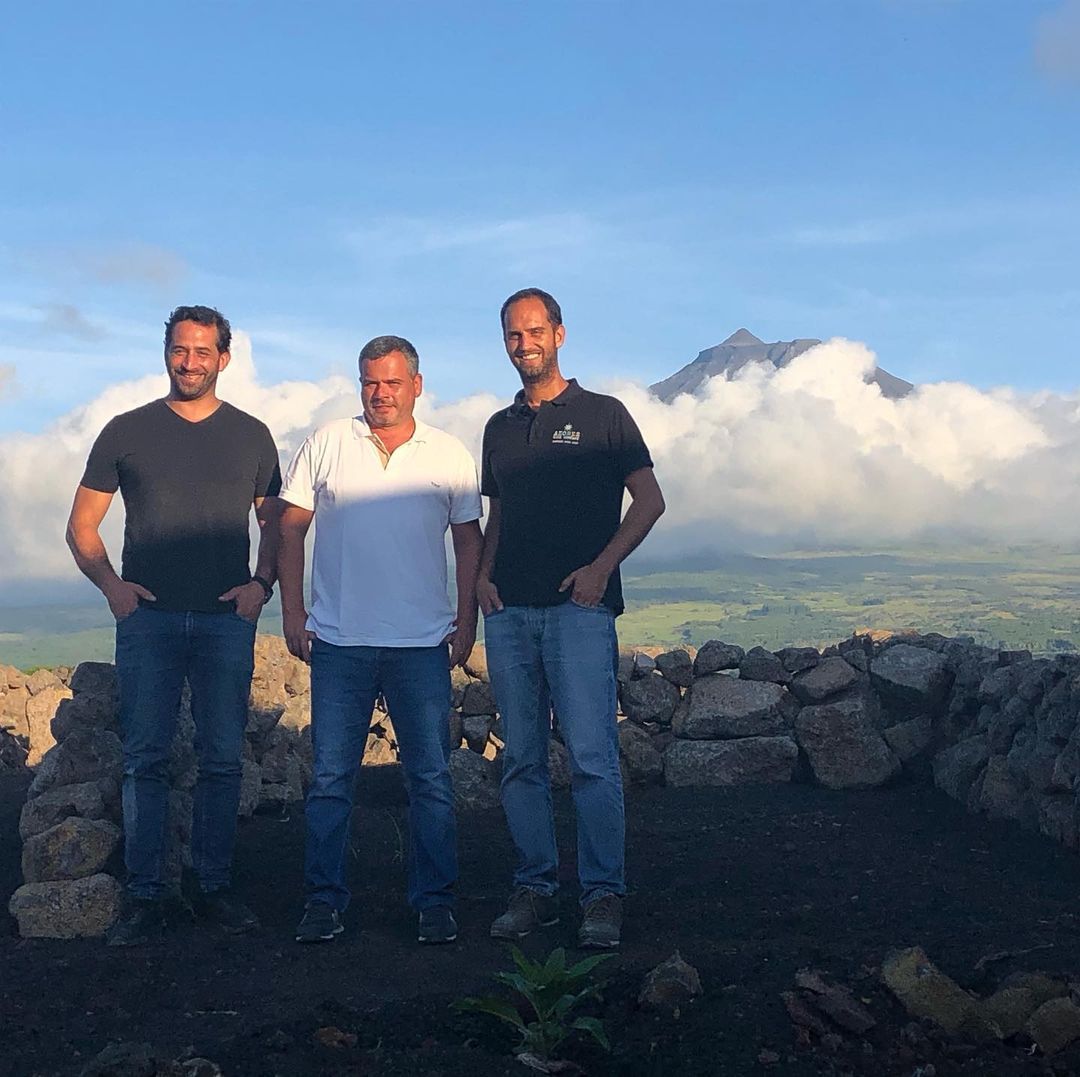 Only five years after the creation of the Azores Wine Company, the island managed to rescue more than 650 hectares, reaching 1,000 hectares of vineyards in 2020, about 10 times more than in 2004, but only a little more than 15% of the area that existed in the past and that gave fame to the Azores wines from Pico Island.

The Azores Wine Company is focused on getting the history and culture surrounding wine of scent recognised and given a legal framework. These are 150-year-old vines, with much unrecognised potential which, if well developed and cared for, could represent a revolution for the Azores wine producer.

In 2014, Azores Wine Company released a wine that was eventually withdrawn from the market: "Isabella, A Proibida", whose description explained:

Saviour and resilient, Queen Isabella ensured since the phylloxera attack in the 19th century, the continuation of vine and wine on the islands to the present day. For many... it is not wine! For us it's culture, it's folklore, it's part of our history.

This "Isabella a Proibida" puts the history of the last 200 years to good use, in an elegant, aromatic, authentic and simple wine, like all good things.

Revista de Vinhos magazine, as part of the presentation of the Winemaker of the Year 2018 award to António Maçanita, stated the following:

"(...) in a healthy balance between wines of immediate perception and others, less obvious, such as the first Branco de Talha he made in the Alentejo in 2010, he has conquered a deserved place among the winemakers of a new generation. Critics should turn to the current magnitude of the work in the Azores in Pico, where it leveraged a dormant sector and affirmed itself as a shining example. Research-backed regional wines, which rescue varieties that were at risk of extinction (such as the Terrantez from Pico), which show a profile that we thought was not possible on the misty islands - tense, iodized, with great acidity and capacity for ageing. The resurgence of Azores wines has António Maçanita as a major protagonist and he owes it to the Azores Wine Company project to confirm his credentials as a researcher, creator, innovator"

Finally, and just as important, is the landscape of the Pico vineyard, elected UNESCO World Heritage Site and consisting of dry volcanic stone walls called “currais” that protect the vines from the strong and saline winds of the Atlantic. The Azores Wine Company contributed greatly to revitalising the landscape, rebuilding the “currais” and planting vines in order to give the island back its characteristic image.