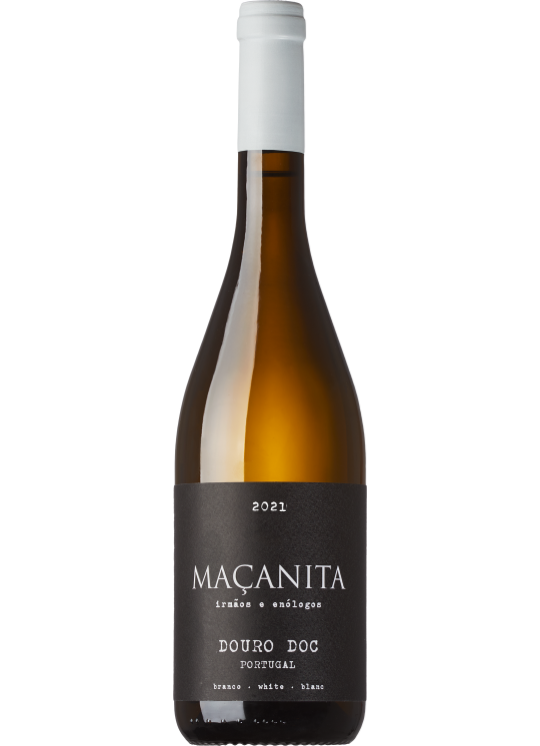 The 2021 Branco is a field blend, roughly a 70/20 blend of Viosinho and Códega do Larinho plus 10% Gouveio, unoaked, very dry and coming in at 12.7% alcohol. The winery features some difficult whites, like the As Olgas, but this is the winery's version of a classic fresh white, bright, a bit fruit forward and with perfect balance. It has enough concentration to go with the beautiful supporting acidity. The fruit is tasty too, but this is acid driven. I am not sure how long it will last, but if only five or six years, that's not a flaw, just something this isn't really intended for. It will still hold a reasonable time, perhaps longer than indicated. 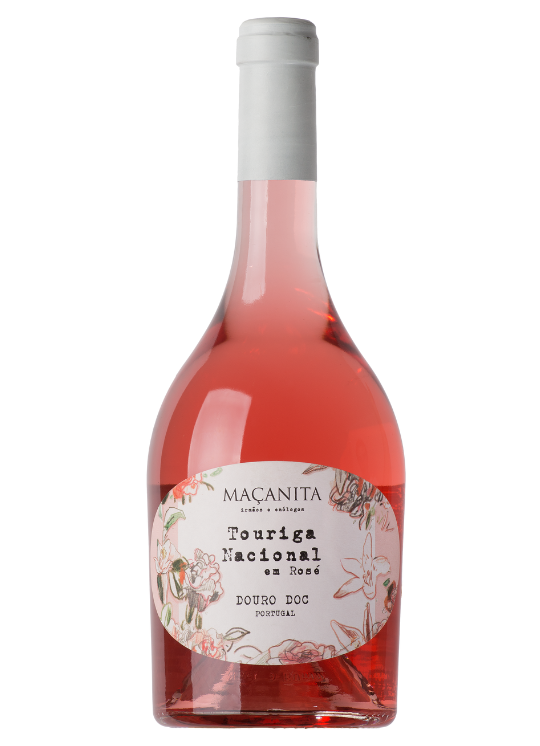 The 2021 Touriga Nacional em Rosé is sourced from high altitudes and comes in very dry (less than a gram of sugar) and at 12.6% alcohol. This is substantial and fresh, tightly wound and precise. The flavor profile is a bit different, with dried blueberries. In this rainy vintage, this holds up pretty well. Indeed, it might be as good as any that they have made, even if the balance is a bit different. 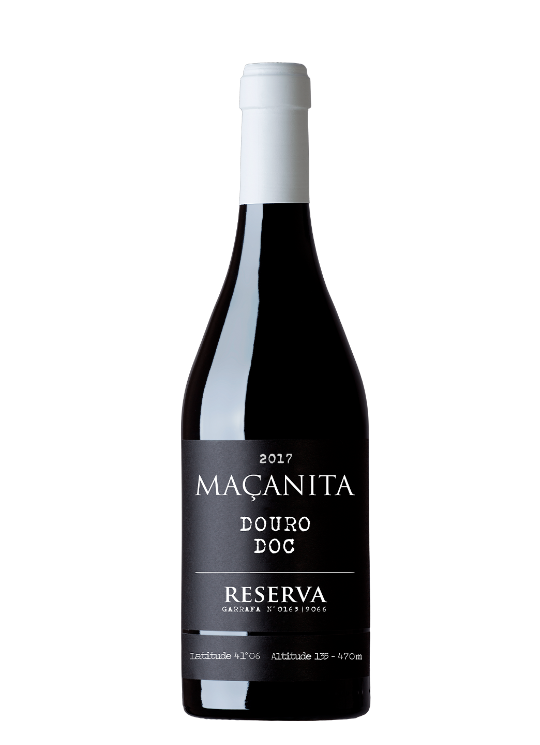 The 2017 Reserva Tinto is a blend of 75% Touriga Nacional and 25% Sousão aged for 24 months in mostly neutral French barrels (but for 25% new). It comes in at 14% alcohol. This projects leanness, yet it in fact has ample concentration. It adds laser-like focus and precision. Then, it pours on the power, seeming both fresh and intense. A fairly stern Reserva, this avoids flamboyance—despite two fairly flamboyant grapes—in favor of elegance, freshness and structure. There's still plenty of flavor, though. This is going to need a little patience. As with all of the best reds here, they will likely look better around 2023–2025, and some of them will hit the 20-year mark—and perhaps more, although I tend to be conservative in listed drinking windows. This is not opulent, but it might be a long-distance runner that will one day enchant for an evening, not just a sip. (But not today. Toss it in the cellar, and don't make me call Arya Stark on you.) For the moment, let's lean up on this. There were 5,000 bottles produced. 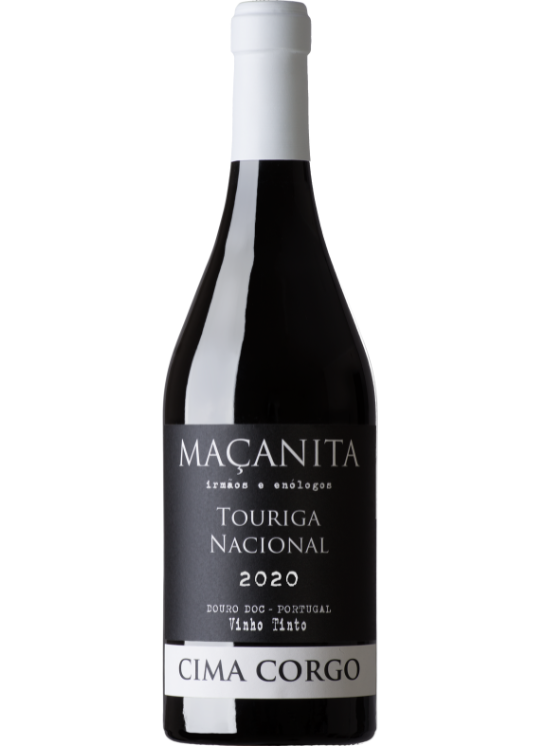 The 2020 Touriga Nacional (Cima Corgo) was aged for 14 months in a 70/30 mixture of stainless steel and used French oak and comes in at 14.1% alcohol. This is a different vision of Touriga, high altitude in style and fresh. Then, it adds a serious backbone that supports the very dry blue fruits. This also has admirable mid-palate finesse that makes it seem very sophisticated. It's hard not to love this. It could use a year or two of cellaring, but it isn't impossible to approach now. There were 2,600 bottles produced. 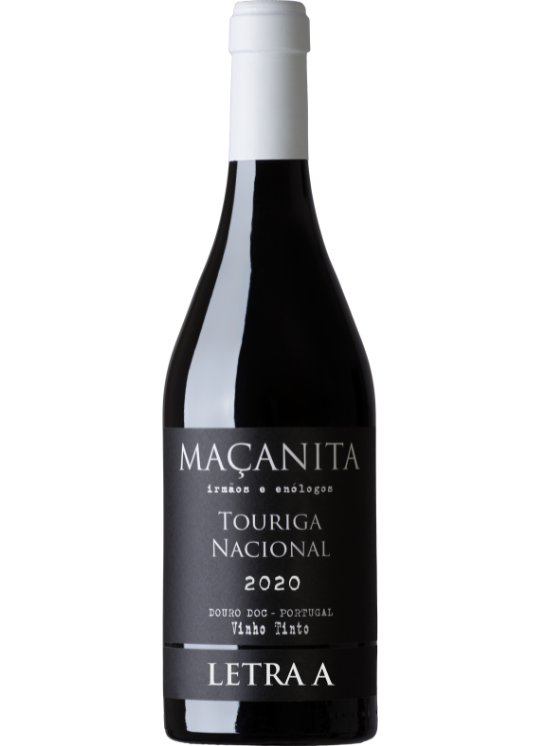 The 2020 Touriga Nacional Letra A was partly (90%; the rest in stainless) aged for 14 months in 20% new French barrels and comes in at 14.7% alcohol. The name references the "Letter A" classification, i.e., the best sites according to regulatory authority classification for Port. The Cima Corgo Touriga is all about elegance and freshness. This is more familiar territory, showing off its depth, concentration and very ripe fruit, perhaps even a little to a fault. It still shows great. There were 3,300 bottles produced. 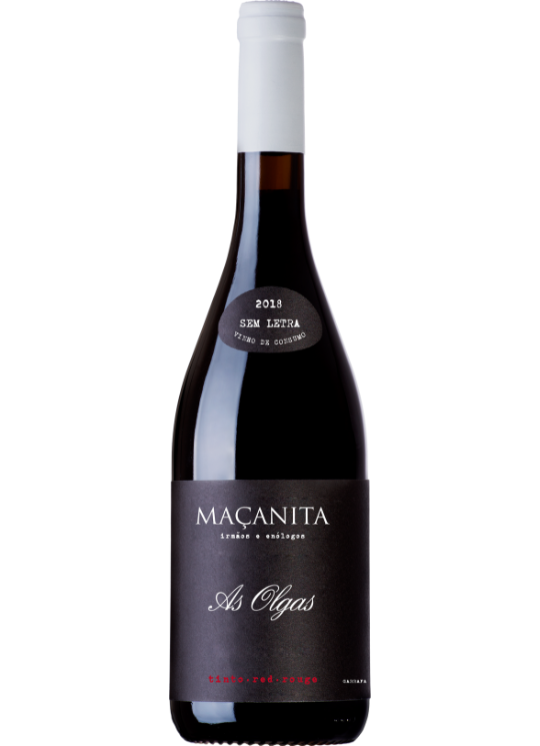 The 2018 Tinto As Olgas is a field blend aged in used French oak for 12 months. It comes in at 13% alcohol. Very bright, this is a red that is lively and fresh, almost bubbling up in its enthusiasm to drench your palate in red fruits. This never, though, seems thick or jammy. It has the structure, both tannins and acidity, to age. Its most admirable feature, though, might be the gorgeous mid-palate finesse. There were 1,626 bottles produced. 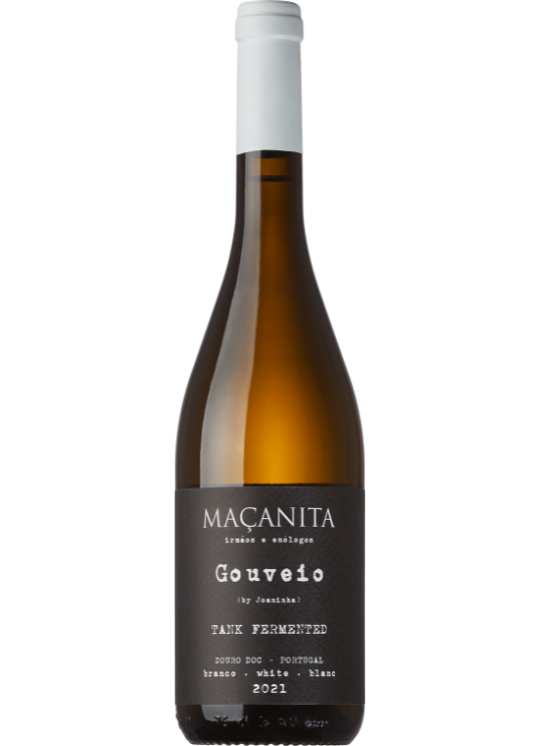 The 2021 Gouveio (by Joaninha) is unoaked, very dry and comes in at 12.7% alcohol. This is the first time this is made with all indigenous yeasts. This is always one of my favorites from the winery, more fruit forward and certainly easier to understand than most of the upper-level whites. It has the personality to add a little spice, plus it's gloriously fresh this year and has reasonable concentration for its style too. It's precise and lingers nicely on the finish. This can age, but as Joana notes, their monovarietal whites probably should be drunk in the first few years to preserve freshness and fruit. It is a good reminder that there isn't always a reward for extended aging. Still, I would like to see what happens with this at the end of the decade. Personally, I would take this well-priced white over some of the very pricey and small-production lines here. There were 26,000 bottles produced. 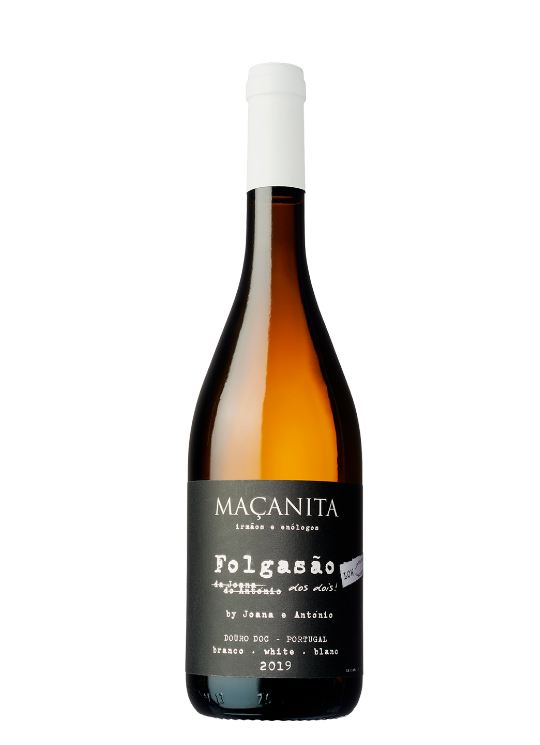 The 2019 Folgasão is unoaked, very dry and comes in at 11.5% alcohol. This is a rarity as a monovarietal. Some producers (Ramos Pinto, for one) have been using the grape but not as a monovarietal. It's a nice debut for the brand. Textured and seeming more concentrated than that 11.5% alcohol would suggest, this adds a slightly tart edge before the acidity is integrated into the whole. This is lovely. The remaining question is how it will age. It's worth leaning up on this for the moment in evaluation. We'll take the aging curve in stages. There were just 1,900 bottles sourced from 15-year-old vines in Baixo Corgo. 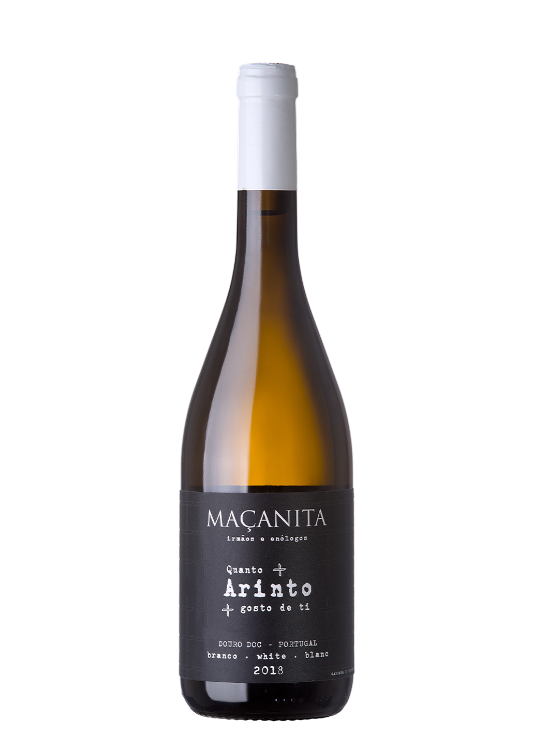 The 2018 Quanto Mais Arinto Mais Gosto de Ti (roughly, "As much as you are Arinto, I love you more") is very dry (less than half a gram of residual sugar) and comes in at 13.5% alcohol. It was aged for 18 months in new French oak. The oak affects the Arinto just now, but the grape certainly rises above the wood. The longer it airs out, the less I paid attention to the wood, a good sign. Focused, fresh and persistent, this is lovely, with reasonable mid-palate depth and length on the finish. I'm not convinced it is quite as good as the last couple of vintages, though. It should still age well, and it might have a chance to improve. Needless to say, while the wine is very nice, the price is not quite as friendly. As good as this is, I would have to point out for bargain hunters that there are several wines here in this group that are far less expensive and about as good. There were 2,000 bottles produced from 18-year-old vines at 550 meters. 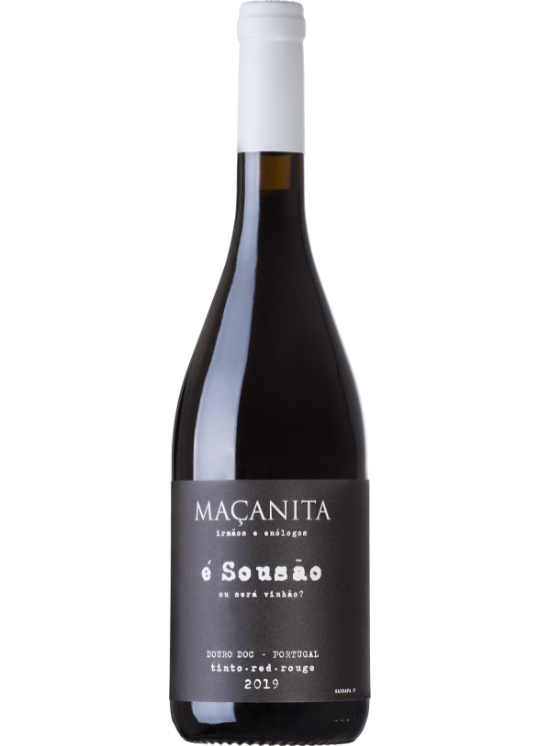 The 2019 é Sousão ou será vinhão (meaning "Is it Sousão or Vinhão?," referencing the alternative grape names used in Douro and Vinho Verde) was sourced from 50+-year-old vines. It was aged in new French oak for 11 months and comes in at 13% alcohol. There's a little funk on the nose, and then this grape does what it does, namely deliver waves of strawberry flavors. It's delicious but also fresh, structured and hard to resist. This should hold for another decade (maybe two), but let's start here and take it in stages. There were just 800 bottles produced. 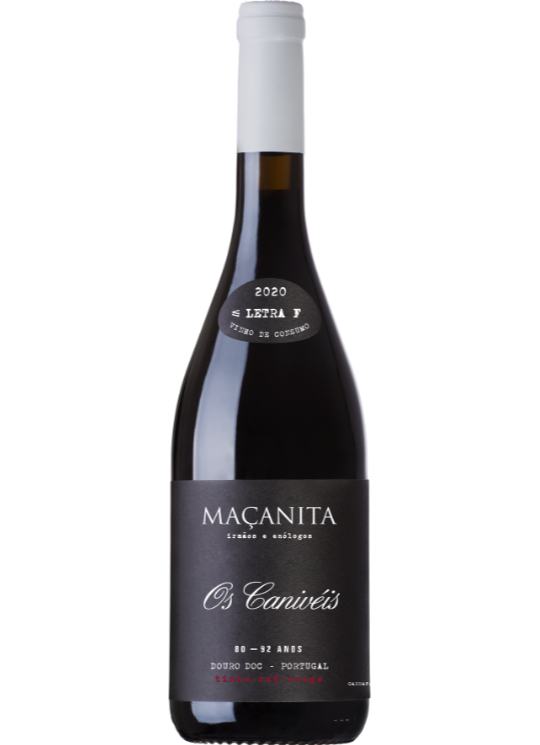 The 2019 Tinto Os Canivéis is a field blend from old vines (80 to 90+ years) aged for 12 months in used French oak. It comes in at 14% alcohol. Like its Branco sibling, this is from the Letra F classification area for Port—supposedly the bad area due to altitude and granitic soil. This is nicely concentrated and structured, plus perfectly balanced. The flavor profile is again a bit different, but this shows off herbs and red fruits, some plums too. It's a little more typical than the white, perhaps. This is the debut vintage of this red. It shows well and seems beautifully constructed, but how you react to it will depend on how you react to the flavor profile. There were 1,450 bottles produced. 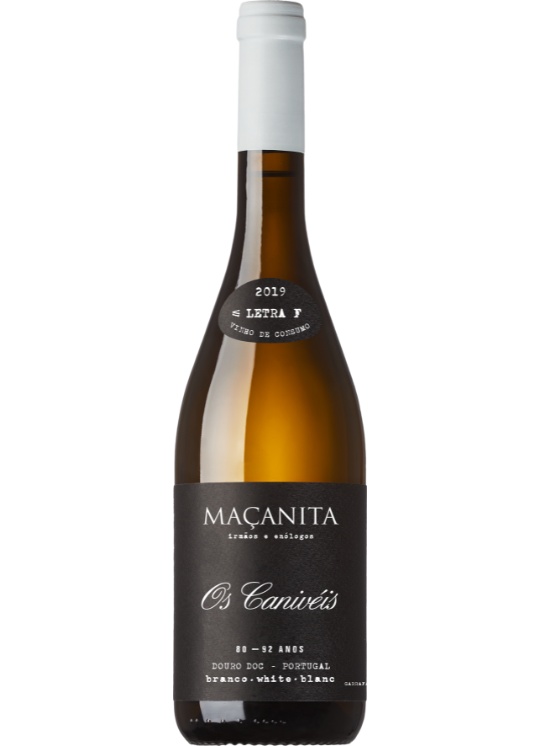 The 2019 Os Canivéis is a field blend from old vines (80 to 90+ years old, some 17 different grapes), mostly all aged for 12 months in neutral French oak. It comes in at 13% alcohol. This is from the "Letra F" classification, the "bad" vineyard area for Port as classified in the 1950s (because the area had altitude and granitic soil). Stony and mineral driven, this has a more intellectual flavor profile, from grapes that have "no wish for fruit expression," says Joana Maçanita. This, she says, is more a white for texture. It certainly shows better in structure, followed by subdued flavors. This is often intriguing but not as easy to love. There will be diverse views. It should age well, with Joana claiming a potential of 20 years. I'm not quite sure about that, so let's start slow. I would always prefer to take it in stages when there is a doubt. Better to be happily surprised than badly disappointed. There were just 690 bottles produced.