Alentejo is one of Portugal's wine regions and is divided into eight sub-regions: Portalegre; Borba; Redondo; Vidigueira; Reguengos; Évora; Granja-Amareleja and Moura. Renowned for its red wines, the Alentejo region gained visibility at the end of the 1980s, when consumer appreciation for the wine potential of this region grew, which has remained one of the most sought-after regions in Portugal to this day.

The Alentejo is located between latitudes 38º and 39º north of the equator, in a region in central southern Portugal and includes the districts of Portalegre, Évora, Beja, half of the southern district of Setúbal and part of the district of Santarém. The Alentejo region is the largest in Portugal and has around 21,000 hectares of vineyards planted on predominantly gently sloping, low-yielding soils. Its topography is not very irregular, with three main mountain ranges: Serra de S. Mamede, Serra d'Ossa and Serra de Portel. 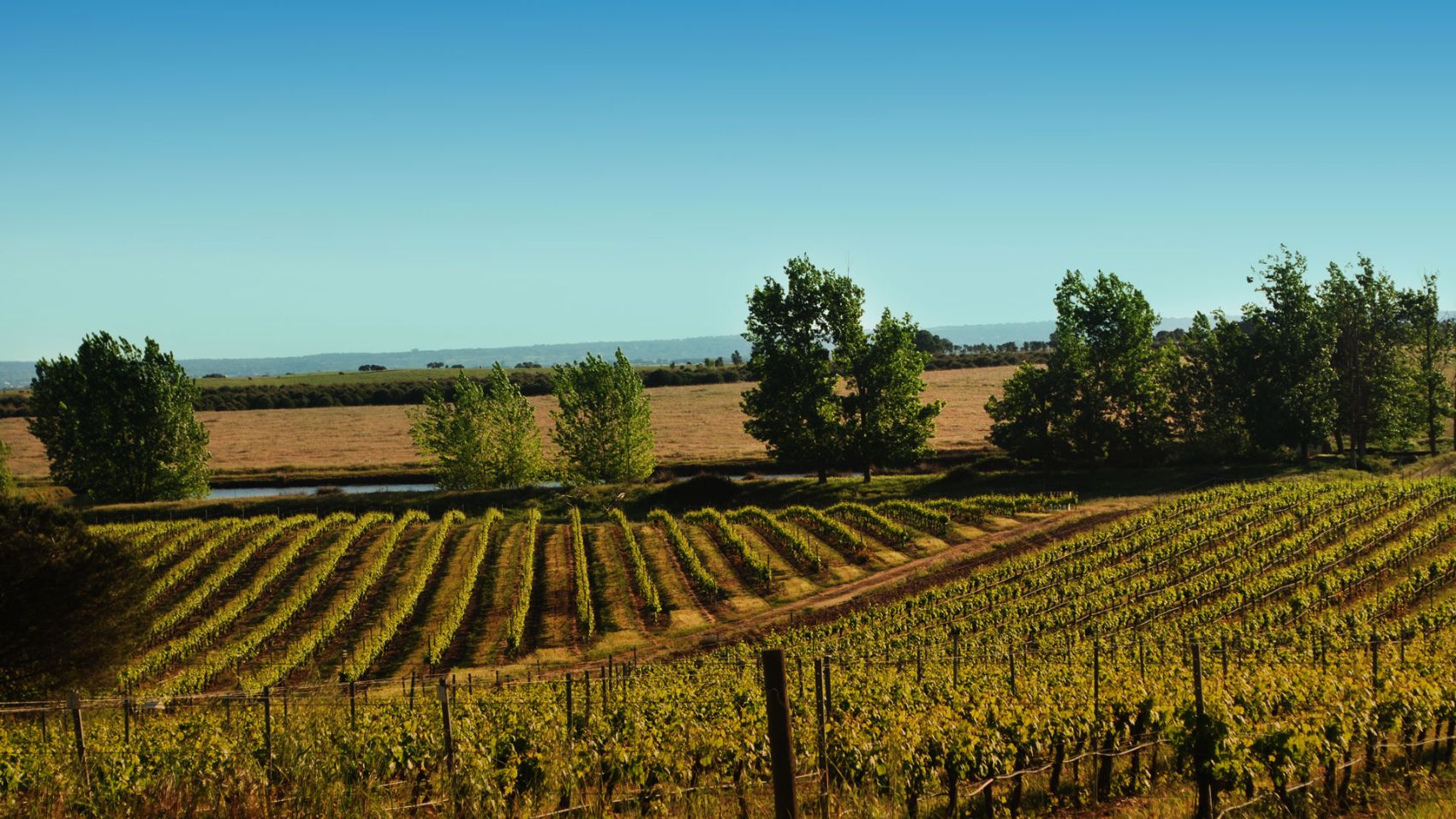 The climate in the Alentejo is great for growing wine grapes, due to its location provides a desirable mix of cool winters and warm summers.

Cold air from the Atlantic moderates the Alentejo climate, which would otherwise be much colder in winter and warmer in summer.

The climate is classified as Mediterranean, typically with 3000 hours of sunshine and 600 millimetres of annual rainfall, of which generally less than 15% falls during the growing season. Frost-free nights extend from early March to early November. The summer months are marked by high temperature variability with daily averages above 33 ºC followed by night-time lows below 15 ºC.

This thermal range of the Alentejo Climate allows the production of excellent grapes, with a natural combination of maturity and freshness. During the harvest months at the end of September/October, the increased humidity combined with decreasing average daily temperatures allows the grapes to slowly reach full ripeness under less stressful conditions. 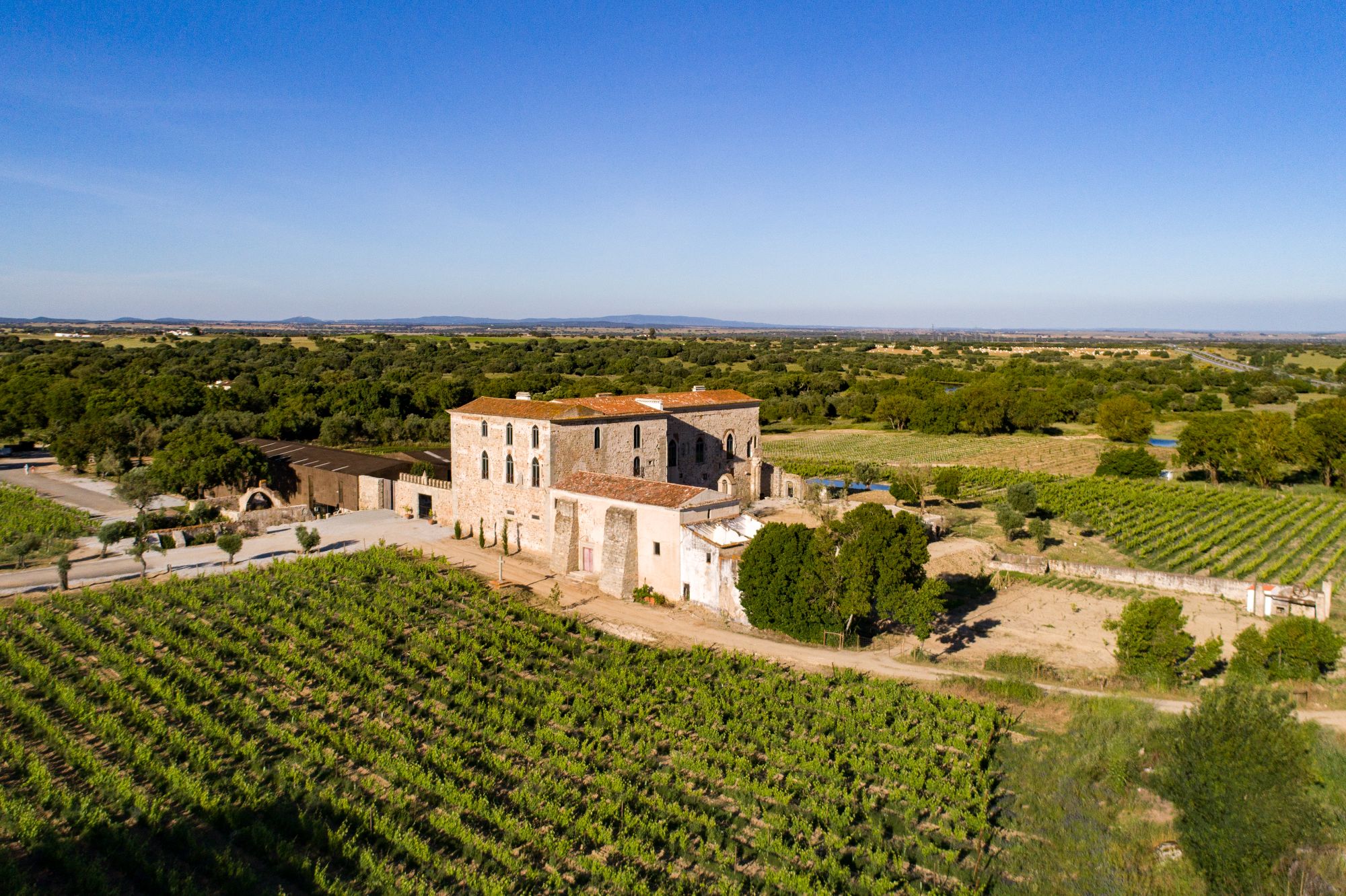 It is not yet possible to determine with historical accuracy when and who introduced vine growing and winemaking to Alentejo. When the Romans arrived in the southern lands of Portugal, in the area now called Alentejo, viticulture and winemaking were already part of the customs and traditions of the local population. The Alentejo was known as the land of bread (cereal) and it was near the villages and communities, in small plots by the water, that vegetable gardens were planted first and then the vineyards.

Winemaking in the Alentejo has grown substantially in recent decades, becoming a more intensive crop in Alentejo, where labour has become a livelihood for local communities. 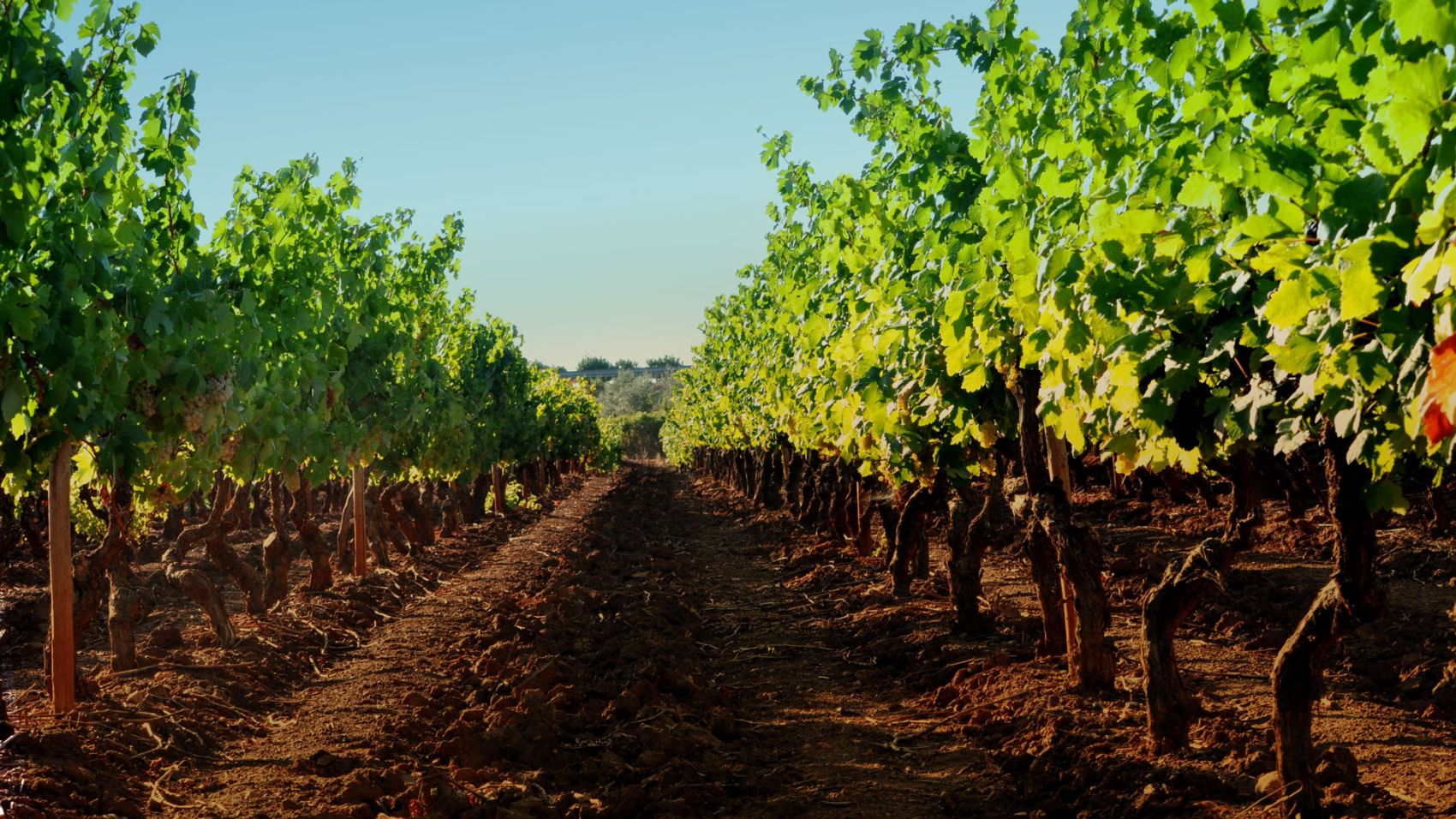 However, it was during the Roman era that the Romans with their specialized knowledge in agricultural techniques allowed the Alentejo wine area to expand. It is even likely, looking at existing historical records, that Alentejo wine may have been the first Portuguese wine to be exported to Rome.

The influence of Roman times was so decisive for the development of viticulture in Alentejo that even today, 2,000 years after the annexation of the territory, we can see the effects of Roman civilization in daily tasks. The most visible from Roman times is the clay pot (amphora), a common practice created by the Romans in the Alentejo, which is still used today for the fermentation process. Wine storage is still a common and integral practice in Alentejo culture.

Founding of the Kingdom of Portugal

Only after the foundation of the Kingdom of Portugal and thanks to the Portuguese Crown and the new religious orders did winemaking return in full strength to Alentejo. In the 16th century, vineyards flourished as never seen before, resulting in the acclaimed wines of Évora - Peramanca - as well as the white wines of Beja and the claretes of Alvito, Viana and Vila de Frades. By the middle of the 17th century Alentejo wines, along with those from Beira and Estremadura, enjoyed fame and prestige in Portugal.

Protection of the Douro

Unfortunately, this period was short-lived. In the perspective of protecting the Douro, namely the Douro wines, to the detriment of other regions, the Real Companhia Geral de Agricultura dos Vinhos do Douro was created in the 18th century by the Marquês de Pombal. The result was the destruction of vineyards in other areas of the country, plunging producers into obscurity.

The crisis lasted until the mid-19th century with the revival of the Alentejo, and a recovery campaign to farm on fertile land and "hold" a new generation of farmers to these lands

Thus, a new golden age for Alentejo wine was born.

Enthusiasm surged when news broke that a white wine from Vidigueira, shown by the Count of Ribeira Brava Quinta das Relíquias, had won the Grand Medal of Honour at the 1888 Berlin Exhibition, the event's highest award. Other wines received honourable mentions such as wines from Évora, Borba, Redondo and Reguengos. Unfortunately, that glorious period would come to an abrupt end.

Alentejo, the Granary of Portugal

Two decades later – at the beginning of the 20th century, the grape phylloxera plague was followed by the First World War, with successive depressions and, above all, the Fascist State's great campaign to plant cereals instead of vines, promoting wheat cultivation to make Alentejo the Granary of Portugal. The vines were gradually reduced to the edges of wheat fields, and within a few years Alentejo wine had disappeared from the commercial market.

It was under the auspices of the Portuguese National Wine Board in the late 1940s that viticulture in Alentejo took its first faltering steps towards recovery. Entrepreneurs bet on the recovery of one of the last treasures of old Europe. The market reacted and Alentejo wine is the preferred wine for Portuguese consumers, being consumed as much as all the other Portuguese wine regions put together.