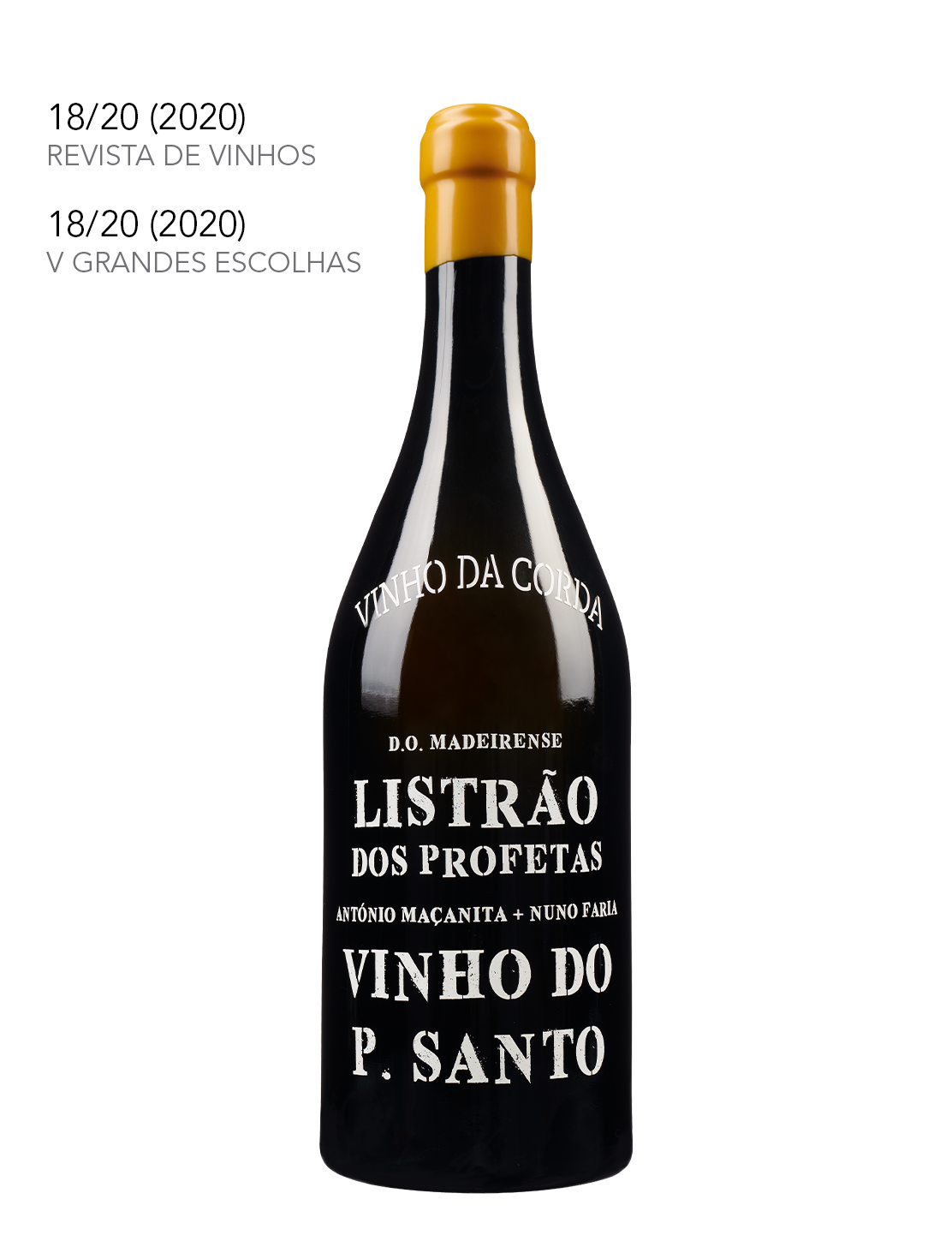 The "Vinho da Corda" (rope wine) was one of the ways that "liqueur wines" were used in the past before the arrival of brandy in the mid-17th century. The vines previously planted by the sea were harvested when fully ripe, almost stale, allowing for a must  naturally strong in alcohol. The technique consisted of crushing these grapes in a press, from which a first wine “Flor” came out, a lighter and fresher wine, but it was from the last pressing the so-called “Vinho da Corda” that the must was squeezed with more flavor and a golden and loaded appearance, so fashionable at the time. This “Vinho da Corda” comes from one of those sunny Porto Santo vineyards and shows the potential of this island for these natural oxidative wines.

Porto Santo island
The island of Porto Santo emerged 14 million years ago in the Atlantic Ocean, being geologically one of the oldest islands in the Portuguese archipelagos. It was also the first to be discovered by Zarco in 1418. The ancients say that it was from here that the
rippest grapes were harvested for the wine that made famous these islands. Today there are less than 14 hectars left, farmed by a
group of resistants. In the neighbour island the people of Porto Santo are known as the “Prophets”, an ancient nickname that has
never made more sense when you see these old vineyards planted by the sea, close to the ground, protected from the ocean and the
wind by rock walls (crochet walls) or by ingenious cane structures.

The grapes were harvested manually, on Saturday on the island of Porto Santo, chosen bucket by bucket and loaded onto a cold
truck, for transport by boat to the island of Madeira (since it is not legal to make wine in Porto Santo). At 1:00 am, whole bunch press
to decantation deposits inside a refrigerated container, with three pressing fractions being separated, without any use of SO2. The last fraction of the press, “o mosto da Corda”, was transferred to a 415 L Pipo (barrel) of Madeira wine to ferment and age for 10 months.

Golden yellow color, almost copper, very intense nose, caramelized salt, somewhere between a Madeira and a Jerez wine, unique and singular, with metalic, iodized and intense notes. Full-bodied, full on the palate, super concentrated with a lot of  persistence.