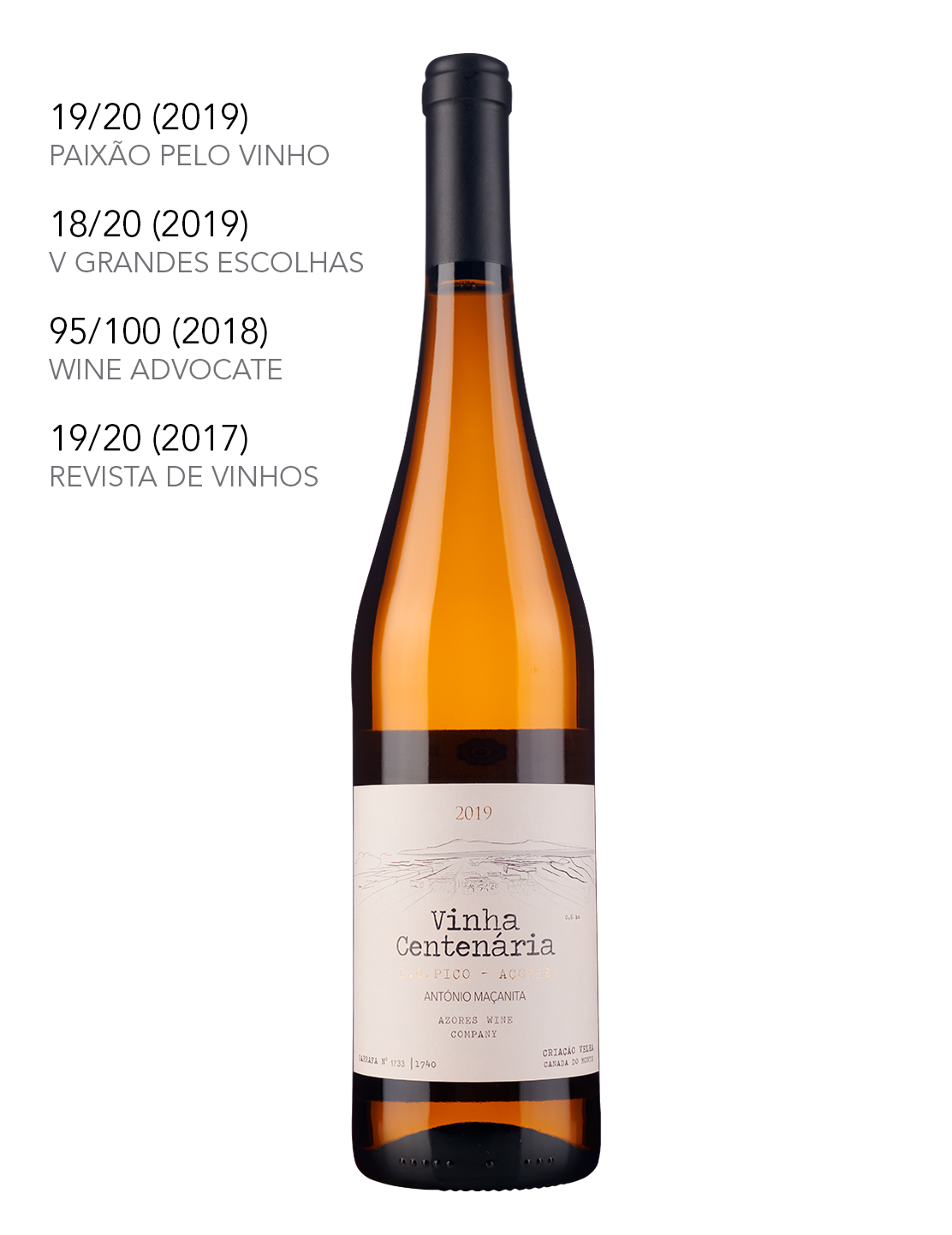 Arinto from the Azores (>85%), Verdelho and Alicante Branco.

On this island, for over 500 years, vines have been planted in the crevices of the volcanic rock, just 50m from the sea, where you can hear the "singing of the crab". After the devastating attack of phylloxera and powdery mildew in the 19th century, the stubborn hand of man kept a small pocket of vines that resisted extinction.

This "Vinha Centenária" is from one of those 100-year-old vines that has endured and remained the guardian of the unique Azorean grape varieties and a witness to traditional winemaking.

Citrine yellow color, iodine aroma, salt, lime. In the mouth dense concentrated attack, acidity cuts in the middle and remains until the end of the tasting, salt, salt, salt and iodine, is a "slap" of the sea.

Produced from a 100 to 120 year old vineyard at 560m from the sea, where Arinto from the Azores dominates, but there are also Verdelho, Boal (Malvasia Fina) and white Alicante (Boal de Alicante). Volcanic mudstone soils formed 1500-2000 years ago. Harvested by hand, selection in selection table, direct pressing, decanted 12h in cold, first pressing vinified in stainless steel in horizontal vat (70%), 2nd pressing fermented in 3 year old French oak barrels (30%), without batônnage for 12 months.

A wine born in the sea, ready to harmonize with seafood, bitter fish (mullet, sea roe, sea urchins) but with a density and concentration to work with white meats with burnt fat, like a good suckling pig or even a pork belly.