António Maçanita got into Alentejo wines when he met David Booth at a family dinner and, with his humour, in a provocative statement told David Booth "the problem with the industry is the consultants". This first meeting led to António accompanying David on his consultancy visits and consolidating his knowledge.

A beginning that brought António Maçanita even more enthusiasm and energy to continue producing Alentejo wines. 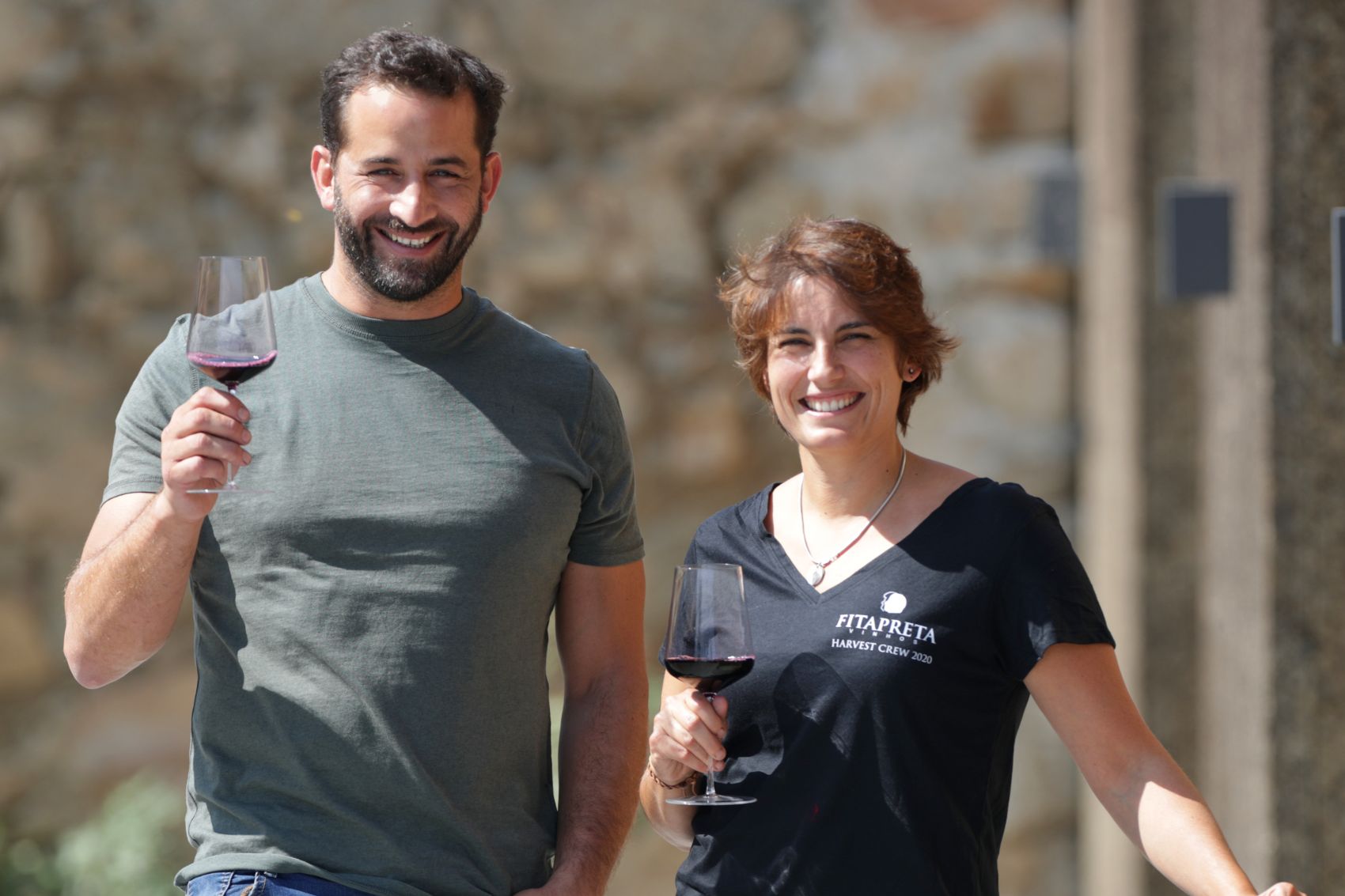 In addition to building his Fitapreta Vinhos project, António Maçanita and the wines of Alentejo have other stories. 2005 saw the start of the Herdade da Maroteira project, which in 2006 launched its first 100% Shiraz, called Cem Reis, regarded as one of the best Shiraz in the world. At the same time, Herdade do Arrepiado Velho was planting its first vines with the help of viticulture David Booth and the young winemaker António Maçanita, who was exploring Alentejo wines.

It was with Alentejo Wines that Antonio Maçanita showed the first signs of his irreverent stance, challenging the status quo, when he launched the first Sexy wine, a red that brought together national and international varieties in a cosmopolitan and modern concept.

António Maçanita was only beginning to stir up Alentejo, the following year, in the Herdade do Arrepiado Velho consultancy project, he launched his first wine on the market, admittedly with Brett (Brettanomyces - undesirable yeast in wine that causes the aroma of Brett, however, in small doses: 4-ethyl-phenol and 4-ethyl-guaiacol, Brett aroma can be seen as aromatic complexity), plus a successful Shiraz which was named Brett Edition.

This was followed by the single varietals Riesling, Viognier and Verdelho, wines from Alentejo that show the DNA of the original grape variety.

We find terroir when we manage to express what is unique in a particular place in such a way that it cannot be repeated anywhere else... there we capture the terroir of a region

When you get to know the Alentejo and its history, you’ll find that it is a region of cereals, known as the land of bread. With its mostly flat topography, the Alentejo is a globalised region of active production. The Alentejo's recent exploration into wine grape production has proved easier for entrepreneurial producers.

The vast, flat plots of land with access to irrigation systems, a way of conducting the vineyard without much recourse to labour, exploitation of international varieties and oenologically improving varieties have made the Alentejo the winegrowing region of choice for the creation of wine projects.

However, these advantages of the Alentejo region have resulted in more standardised wines, with less respect for the terroir and which today present us with important challenges to overcome "the conquest of the Alentejo wines of yesteryear". 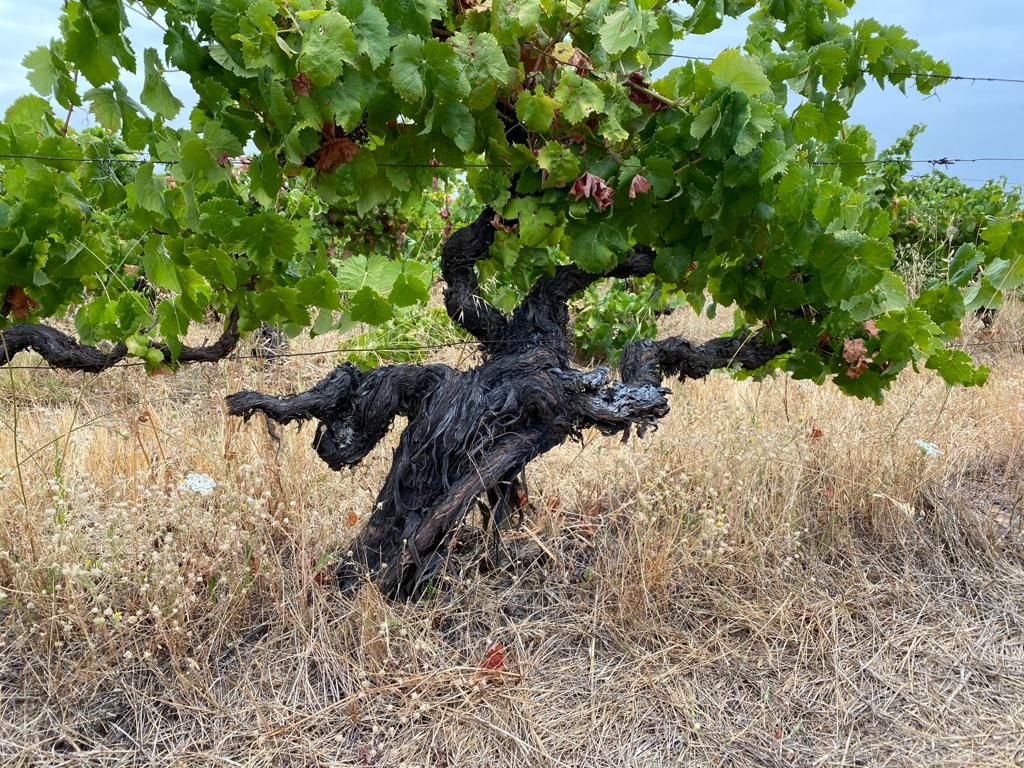 The solutions for Alentejo's challenges include: planting vines in cooler locations, where water is close by and irrigation systems are avoided; looking for traditional and indigenous Alentejo grape varieties, such as Aragonês, Alicante Bouchet and Trincadeira, which are already widely planted, as well as grape varieties lost over time, such as Tinta Carvalha, Moreto and Castelão.

The so-called improved grape varieties, even those from outside the Alentejo region, may be used, as long as they do not conflict with the indigenous Alentejo wine profile.

Believing in the Alentejo region, in its terroir and embracing the characteristics that this region imprints on the wines, using a low-intervention oenology that respects the place, conveys all the potential of Alentejo wines.

The production of Alentejo wines by António Maçanita together with the winemaker Sandra Sárria, at Fitapreta Vinhos, includes three categories of wines:

António Maçanita's Journey in Alentejo illustrates the incessant search for the region's potential and the Holy Grail of terroir.

In 2008, at a time when there was little production of white grapes in the Alentejo, the Alentejo CVR authorised the purchase of 20% of the grapes from outside the region. Instead of buying grapes from other regions or pulling up red grapes vines, António Maçanita's journey in Alentejo was to produce a white wine with red Alentejo grape varieties, a blanc de noirs protest wine.

Once again António is a pioneer in the launch of this wine in Portugal, included in the list of the best wines of the year 2010 by Revista de Vinhos magazine.

In addition to the challenges inherent to each project, António Maçanita's journey in Alentejo involves seeking out the region’s nature, the traditional varieties and techniques practised by predecessors, the historical component and what he can bring back to the present day, producing wines from different bygone Alentejo.

In 2010, António Maçanita's journey takes him on a path to recover wine-making in amphora, in what will be the Branco de Talha by António Maçanita, in which he takes up the legacy of the Roman presence in the Alentejo. What was no more than an experiment, has been done continuously since 2010, boosting the trend of producing amphora wines in Portugal. 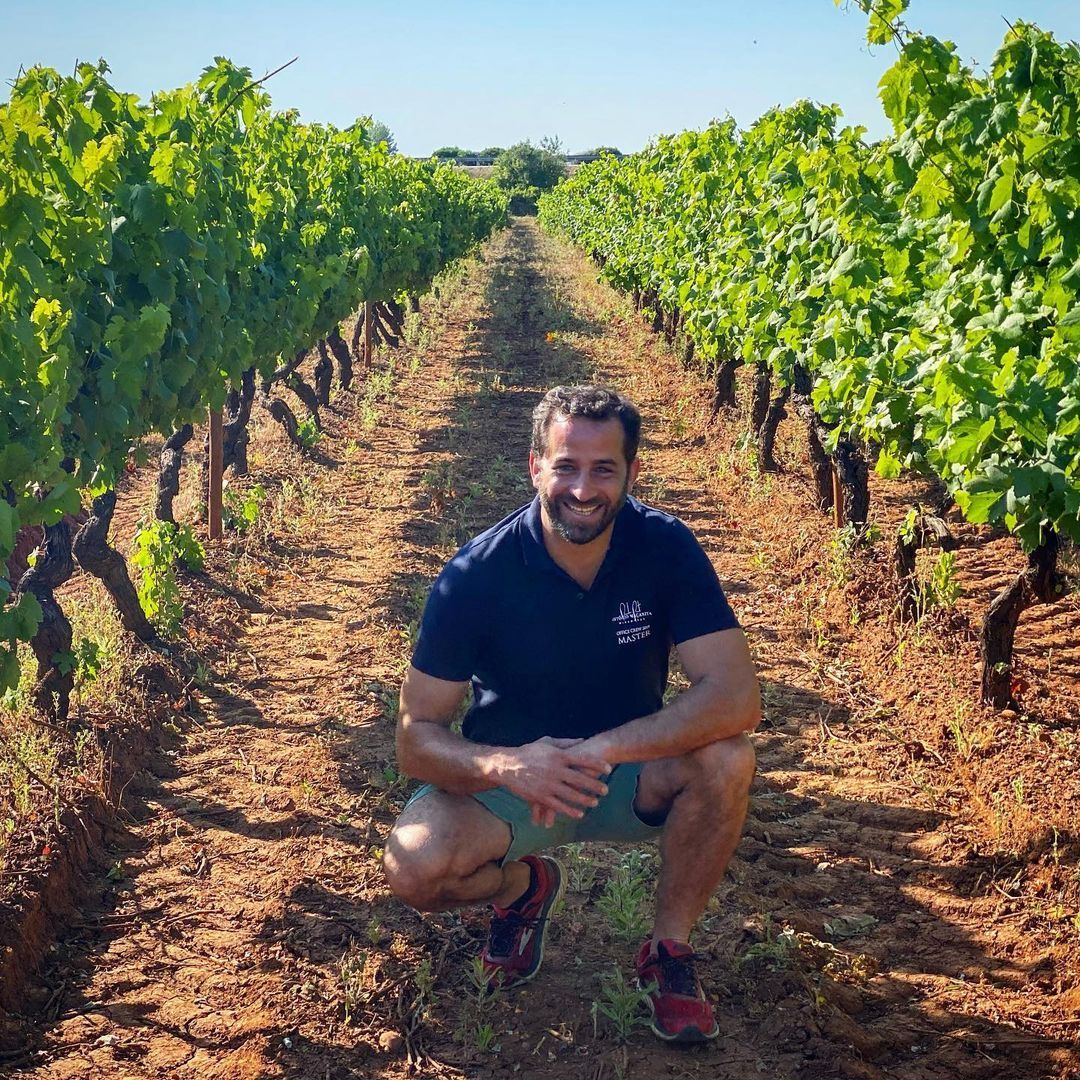 It is also in 2010 that António Maçanita launches Tinto de Castelão, focusing on the recovery of what was once one of the most important Alentejo grape varieties in the region, which has now lost ground to international ones and which demonstrates a fresh profile of the Alentejo that has been lost and has inspired the winemaker to acquire vineyards with the Castelão variety.

Winemaker António Maçanita says that looking to the past should not be with the determinism that everything that was done in the past was correct, but rather in the light of the knowledge that we have today and with a critical eye and the duty to contribute to the future.

Without them, Alicante Bouschet, an Alentejo grape variety brought to the region in a spirit of innovation and improvement, today the most emblematic red grape variety of the Alentejo, would not exist in the region. It is known to be an artificial cross variety that was introduced late in the Alentejo, fortunately adopted, and today understood as a traditional Alentejo varieties.

In the 19th century, Alicante Bouschet was essential to Alentejo for its concentration, shaping the Alentejo of today into a symbol of powerful and concentrated wines.

Baga, together with other ancient Alentejo grape varieties, can bring back freshness and acidity to Alentejo wines. It was for this reason that António Maçanita dedicated himself to planting the Baga grape variety in the region in 2010 and, presented his first Baga in 2013, the "Baga Ao Sol" which he has been making ever since. Since 2013, the Baga grape variety has been part of the blend of Preta, Fitapreta's most emblematic wine.

In 2017, António Maçanita embarked on a journey that deepened his commitment to the history and future of the Alentejo region, acquiring a very special old vineyard, the "Chão dos Eremitas" vineyard, with rare Alentejo grape varieties such as Tinta Carvalha, Moreto, Trincadeira das Pratas and Alicante Branco that once dominated the region's winegrowing landscape but have now almost disappeared.

These Alentejo grape varieties will surely mark the future of António Maçanita's journey in the Alentejo and with Fitapreta wines.

Learn more about the Grape Varieties